A community action group working for "liberty and justice for all"

We spoke about two new bills coming up that put sideboards on Medicaid Expansion. Keep calling your MOCs for a clean bill!

We spoke about funding for Medicaid expansion and how using the millennium fund isn’t ideal in the long run. The millennium fund is a large find from a tobacco company settlement that Idaho invested and uses the interest from to support health and welfare programs, especially mental health and drug abuse special programs.

We spoke about a new school funding scheme that has a lot of momentum. But Sen. Nelson isn’t sure it will increase funding for our schools. If it doesn’t work there may be too much momentum for it already to turn it around. 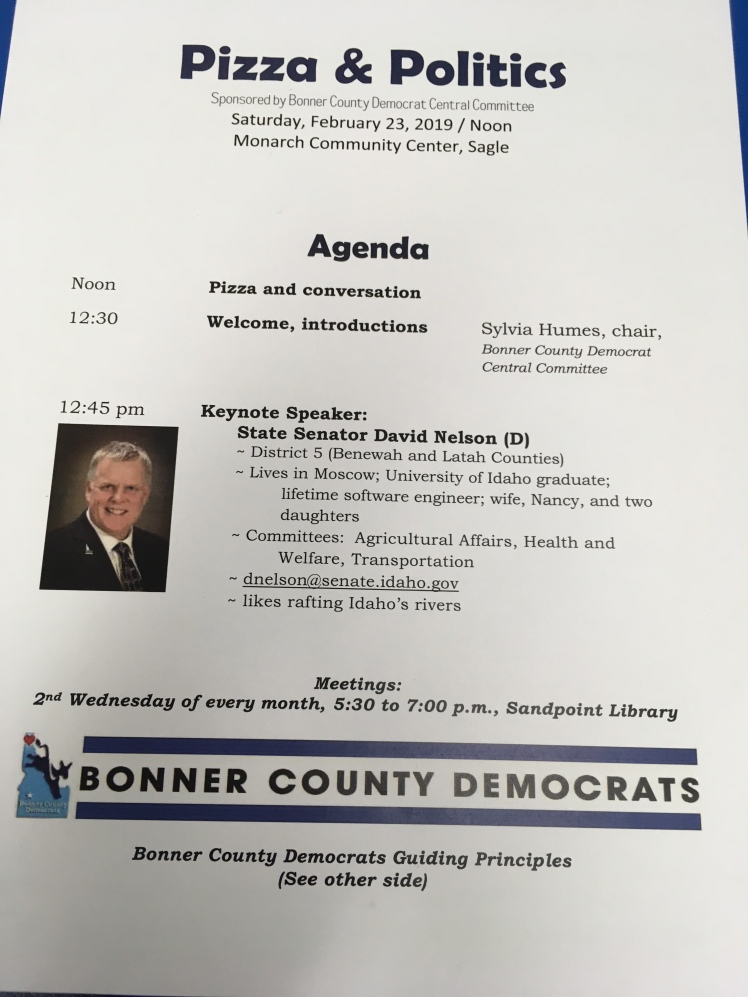 K-12 Education is about 50% of the Idaho budget. Universities and community college funding went from 35% to 15% of the state funding in the past 30 years. Most of that money went to prisons and increased costs of health and welfare programs. The new Governor is interested in putting more of that prison system money into prevention and training and rehabilitation programs, and sentencing reform. Right now our prisons are full and we are renting prison space in jails in states that have empty prisons because they have instituted sentencing reforms.

The senator also spoke about transportation and roads, as he is in the Transportation committee. He is committed to finding more money to fix our rural roads and asked if people wanted to create new taxes or pull it out of the general fund. Trucks and cars could be taxed by axel weight and mileage, or we could increase the gas tax.

The Bonner County Democrats meet on second Wednesdays 5:30-7 at the bonner county library. 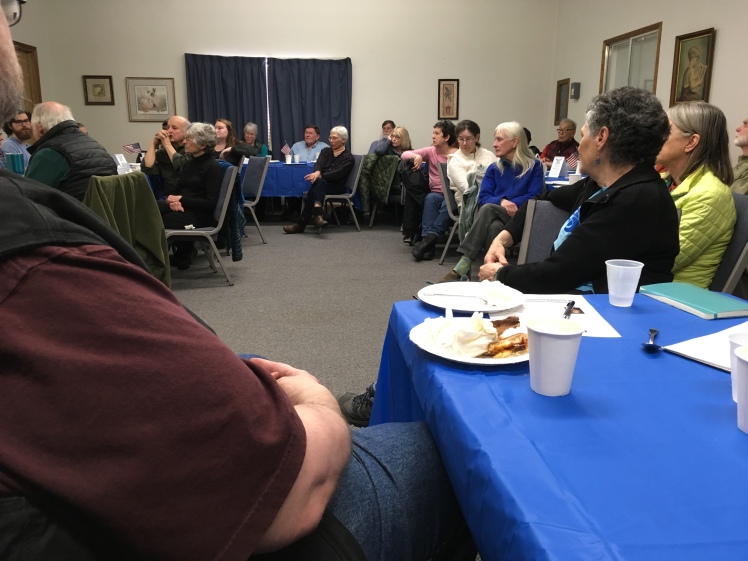